– Ci-dessous, Chris a tenu à vous écrire quelques mots à son sujet :
« Hello, La Rochelle family. I’m glad to be back for the 2019 season and ready to win a championship this year. Many of you all already know who I am already but for the ones that don’t know, here is a little information on me.
I’m 27 years old from Brownsville, Texas. I graduated from Wayland Baptist University in 2015 with a Bachelor of Science in Justice Administration. I started playing baseball when I was 6 years old and is the only sport I have played.
I played College Baseball at Wayland Baptist University in Plainview, Texas from 2010-2015. After college, I played in the Centennial State League in Loveland, Colorado. I played for the Loveland Bluejays where we also won the League Championship in 2015.
In the Spring of 2016, was my First year playing Professional Baseball for the Trinidad Triggers in Trinidad, Colorado in the PECOS league. The following year in 2017 I went overseas to play for the La Rochelle Boucaniers in La Rochelle, France. I was nominated for the All-Star Game and was MVP for the Championship Series that year, we were Champions of D2 which promoted us to D1 Elite league in France. In 2018 was my second year overseas with the La Rochelle Boucaniers and it was the clubs first year in D1 Elite league of France.

I decided to return to La Rochelle for the 2019 season because I want keep on spreading the knowledge of baseball to the youth in La Rochelle and to help the clubs youth teams grow. Its a great club to be part of and everybody is like family. The city of La Rochelle is beautiful with a lot of history which has great beaches, good restaurants and lots of weekend events going on at the port and around the city, getting to travel around Europe on our days off is also a plus. See you soon La Rochelle !!! » 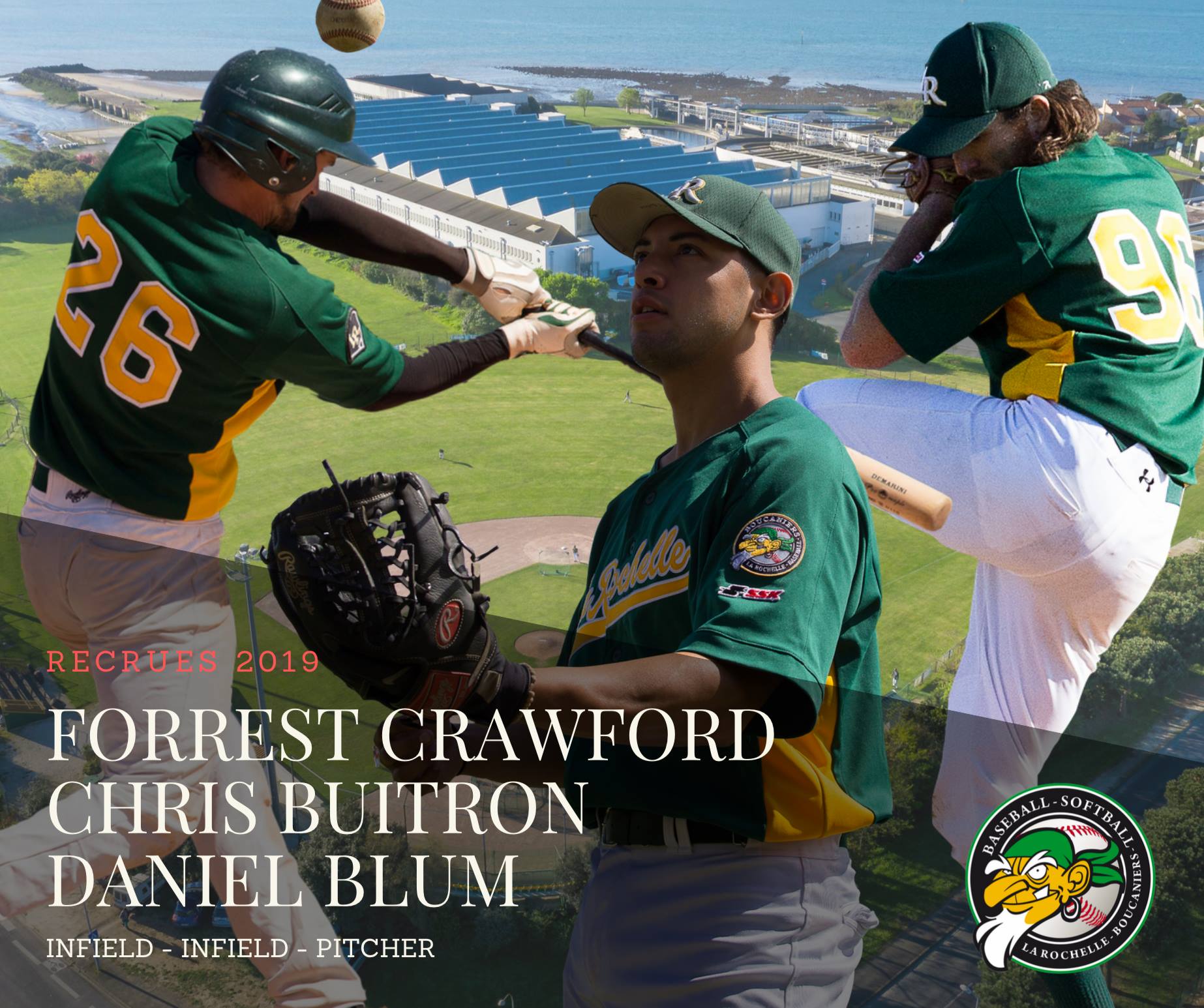