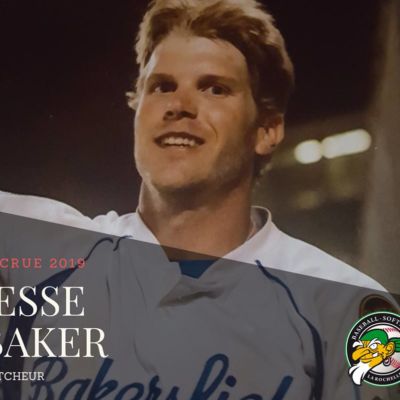 – Retrouvez ci-dessous la biographie de Jesse ainsi que quelques mots de sa part (en anglais) :
« Jesse D. Baker: dob 10/15/1992 in Sebring, FL. Graduated from Edward Waters College with a BS in Biology. Selected NAIA All-American First Team. While in College did a brief stint with the Frontier League Normal Cornbelters.
My first full professional season I was with the Pecos League Tucson Saguaros. On the way to winning the Pecos League Championship, we set the league win-loss record as well as attendance record for any Pecos League game. I was also selected to the All Star team that season. My 2nd Professional season saw me promoted to the American Association with the Salina Stockade. Playing 100 games as the visitor is not anything I would recommend to anyone. In my 3rd season, after moves from the American Association and Frontier League, I ended up in Bakersfield, CA with the Train Robbers. Again, made the All-Star team. After winning the Pecos League Championship again, I was signed with the Texas Airhogs of the American Association. This was an exciting opportunity as the team consisted of a large contingency of Chinese National Players.
I have played baseball since I was 5 years old and it has always been a passion for me! To watch 9 guys individually come together for one common goal, that is the true definition of teamwork. Something that has always been a keystone of my personality. Baseball is about educating new players and bringing that “Larger than Life” persona to kids who also have the passion. To meet a guy who “plays under the lights” can be a turning point for young players. Having coached at the college level and youth travel ball with Multi-National players, the common love of baseball has broken many societal and ethnic barriers.
The opportunity to play in France will not only allow me to experience a new culture, but will give me the chance to share my experience and knowledge of the game with new players. It is my sincere belief that if you have a passion, you should follow it for as long as possible! »