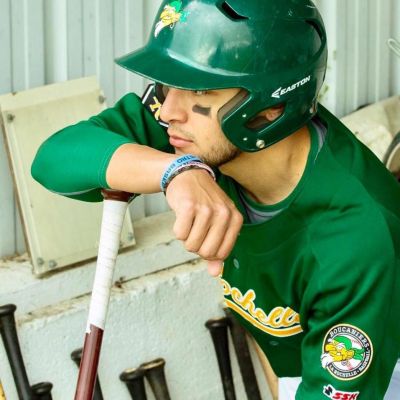 At least for now, Chris Buitron has discovered his meaning of « priceless. » Not surprising to anyone who knows the former Wayland Baptist student-athlete, it involves baseball.

For the past 3½ months, Buitron has been in France playing baseball for the La Rochelle Boucaniers in the French Federation of Professional Baseball league.

And he’s having a blast.

« I’m really enjoying everything that France has to offer, » he said. « It has been a really big, eye-opening experience and a big culture shock. Getting to play baseball and travel around Europe during away games for free is priceless. »

A native of Brownsville, Texas, Buitron was a shortstop and third baseman for the Pioneers from 2012-15. Since graduating with a Bachelor of Science degree in justice administration, Buitron’s life has been filled with baseball.

First, he played for the Loveland Bluejays in the Centennial State League, a collegiate league in Colorado that allows a handful of college graduates to compete. Last year, Buitron got his first taste of professional baseball in the Pecos League playing for another Colorado team, the Trinidad Triggers. It was there that he attracted the attention of his current French employer.

« I was contacted by a scout for Les Boucaniers who was looking for an American player with professional baseball experience to play overseas. Little did I know that they had done a lot of research on me through the Internet. They were going through all my social media accounts, baseball stats and anything they could find about me.

« After two Skype interviews and keeping close contact with Pascal Regnier, the team president, I accepted their offer and signed a contract. They said I was a ‘good fit for the team’ with a positive outlook and great character. »

Before long, Buitron was experiencing Europe for the first time.

Spring training started March 28, and less than two weeks later the season began. After a shaky start, Buitron – who is playing third base and shortstop – has settled in.

« The season was a slow start for me, hitting only .220 in the first three weeks. But after making some adjustments at the plate, taking more pitches, and having more at-bats, I was able to boost my batting average to .380, which is helping me lead the team in doubles, runs, walks and on-base percentage. »

Buitron’s Boucaniers are in first place in one of the league’s two pools and in second overall. It’s looking good that they’ll make the playoffs before the season comes to an end in early October.

Buitron said baseball in France is growing in popularity.

« With a lot of advertisements and marketing in past years, baseball has really caught a lot of people’s eyes, and the number of fans at games has gone up each year. Baseball is also catching on with the youth, which is always important for the community, » he said.

Buitron credits his time at Wayland for helping steer him toward his current opportunity.

« I want to give a big ‘thank you’ to all of the staff members for helping me during my years at Wayland, » he said. « I also want to thank the coaches – Brad Bass, Tommy McMillan, Brett Cook and Todd Weldon – who helped me become a better person and player. »

Buitron doesn’t know what his future holds. For now, he’s happy playing the game he loves while experiencing a new culture.

« If I can just keep on spreading my knowledge of baseball to other players around the world, that is all that matters. For now I am soaking everything in and taking it day by day. »